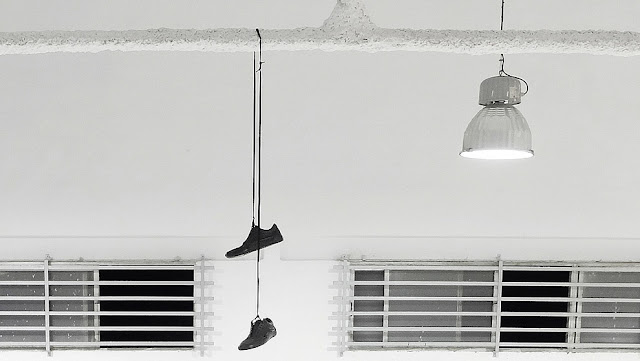 From Seminal Fluid to Sassy Scribbles: The “Non-Art” Works of Marcel Duchamp

Marcel Duchamp’s Fountain hardly needs an introduction. Celebrating its 100th anniversary this year, the work was originally submitted for display at the 1917 exhibition of the Society of Independent Artists in New York City. Famously rejected by the committee, Duchamp instead exhibited the work at Alfred Stieglitz‘s studio to much fanfare.
Though the original has since been lost, 17 replicas were produced in the 1960s. Fountain is widely regarded as a seminal work in 20th century art for giving birth to the “readymade,” and has influenced countless artists since. By Alyssa Buffenstein, Feb 13, 2017
Here, we take a look at some of the most prominent artworks that have taken their inspiration from the concept of the readymade over the course of the last century. By Lorena Muñoz-Alonso, Nov 30, 2016
As the goat was the largest object Rauschenberg ever used in a combine, the taxidermied animal became the source of much frustration: the artist made several versions of Monogram until, according to critic Calvin Tomkins, he was finally satisfied that “the animal looked as though it belonged in a painting.”

Piero Manzoni, Artist’s Shit (1961). Courtesy Wikiart.
2. Piero Manzoni, Artist’s Shit (1961)Despite its seemingly straightforward title, Piero Manzoni’s Artist’s Shit is actually shrouded in mystery, as nearly every aspect of the work—from its intentions and inspirations to its literal contents—remains hotly disputed.
Supposedly conceived as a middle-finger of sorts to the art world at large, the work was produced in an edition of 90 tin cans total, each filled with 30 grams of what one can only assume is neatly-packaged shit.
In a 2007 text produced for the Tate, John Miller cites Duchamp’s influence, writing that despite Manzoni’s famous association with Yves Klein, “the most significant precedents” for the Italian artist’s infamous work lies within Duchamp. By Lindsey Lovern and Jonathan Yee, Mar 15, 2013
By elevating the mundane to the status of art object, Warhol explored how we might identify and value art—and made an updated take on Duchamp’s readymade by adding the question of commercialism to the equation. Jeff Koons on Shattered Sculpture: “Not the End of the World”

By Eileen Kinsella, Dec 5, 2016
The appeal of Koons’ vacuums lie in their newness and the bright, shiny lighting under which they are placed. When speaking about the work, the artist said, “If one of my works was to be turned on, it would be destroyed.”
6. Isa Genzken, Weltempfänger (World Receiver) (1982)Made of concrete, steel, and metal radio antennas, Genzken transforms standard concrete blocks into multi band radio receivers through a slight manipulation of the sparse materials: by simply adding chrome antennae.
Described by Art in America as Genzken’s “only readymade,” these sculptures, according to AiA writer Anne Doran, “introduce another of Genzken’s most enduring themes: the means by which the individual connects with the world.”
7. Damien Hirst, The Physical Impossibility of Death in the Mind of Someone Living (1991)Widely considered one of the most recognized symbols of British and contemporary art, Damien Hirst’s The Physical Impossibility of Death in the Mind of Someone Living—consisting of a tiger shark preserved in formaldehyde in a vitrine—was once described by the New York Times critic Roberta Smith “synonymous with the YBA art scene.”
The shark—for which Hirst shelled out a mere £6,000, upon instructing an Australian fisherman to catch something “big enough to eat you”—eventually decayed, after Hirst claimed the Saatchi gallery added bleach to the formaldehyde.
A replacement shark was again caught off the coast of Australia and shipped to London in 1993, to be placed in the original vitrine.

Did Damien Hirst Quash a Study Saying His Work Was Leaking Noxious Gases?

By Brian Boucher, Jul 18, 2016
When asked whether the work remained the same, Hirst responded: “It’s a big dilemma. Artists and conservators have different opinions about what’s important: the original artwork or the original intention. I come from a conceptual art background, so I think it should be the intention. It’s the same piece. But the jury will be out for a long time to come.”
8. Felix Gonzalez-Torres, “Untitled” (Portrait of Ross in L.A.) (1991)The 1991 work by the late Gonzalez-Torres is a poetic representation of his partner, Ross Laycock, who passed away from an AIDS-related illness.
Clocking in at about 175 pounds worth of individually-wrapped candies, the pile’s weight references Laycock’s ideal body weight. At Hauser & Wirth London, A Felix Gonzalez-Torres Show Looks at the Political and the Personal in the AIDS Era

By Hettie Judah, May 31, 2016
Conceived as an interactive piece, the audience is encouraged to take a piece of the candy. As the heap begins to diminish in size, the work mirrors Laycock’s weight as his health declined. However, in act of love, Gonzalez-Torres specified that the pile be replenished on a regular basis to signify perpetual life.
9. David Hammons, In the Hood (1993)Hammons’ 1993 piece featuring a hood severed from a sweatshirt is still, 24 years later, frightfully relevant today. The work conjures an image of lynching, or that of Trayvon Martin. By Brian Boucher, Mar 11, 2016
As artnet News’ own Blake Gopnik wrote, “It’s just a scrap of industrial cloth, but hanging it on high evokes lynchings and maybe even Christ. (Another calculated move: Hammons has inserted a wire in the hood to open a space for an absent head.)”
10. Sherrie Levine, Fountain (Buddha) (1996)As a pioneer of feminist art and member of the so-called “Pictures Generation,” Sherrie Levine remade works specifically by male artists in an attempt to undermine their role in the art world.
With Fountain (Buddha), Levine made making an obvious reference to Duchamp but, by reworking the material of the urinal to cast bronze, she elevated its status from the mundane to art object.

By Coline Milliard, Jul 29, 2014
The work features several everyday objects, including those revealing the more graphic side of life: used condoms and menstrual blood stains. Critics chastized the work, claiming that it took no talent as anybody could exhibit a bed.
To these criticisms, Emin responded, “Well, they didn’t, did they? No one had ever done that before.” Tom Sachs, James Brown’s Hair Products (2009, detail). Courtesy Tom Sachs’ Facebook page.
12. Tom Sachs, James Brown’s Hair Products (2009)In his “James Brown” series, Sachs celebrates the man known as “The Godfather of Soul.” Because of Brown’s cult-like status, everyday objects from his lifetime have too been elevated to collectibles.
Sachs explores this phenomenon by preserving Brown’s items in clean, organized displays. The artist is admittedly “obsessed” with Brown and draws inspiration from him often.
Of the series, Sachs said to Surface: “I bought some of the objects, and I put them in reliquaries. I tried to elevate them, and treat them the way things like the Shroud of Turin are treated. I put his hair curlers in a cabinet in a mandala-like pattern … I wanted to present them as if they had belonged to the greatest man who had lived.”
13. Cyprien Gaillard, Today Diggers, Tomorrow Dickens (2013)For his first exhibition at New York’s Gladstone Gallery, Gaillard explored the concept of the altered readymade by recasting construction machine parts as massive, imposing sculptures.
Rendered defunct by the process required to preserve these parts, the teeth previously used for digging on sites now act as sculptural anchors, and the heads are set with onyx, sitting where buckets once did.
“Once part of a machine used as a means for destruction, to encourage rejuvenation through building, these pieces, now preserved, begin a fossilization process of their own,” the gallery says of the works. “Though the diggers have caused destruction in their lifetime, in their arrested manner Gaillard has preserved them, imbuing them with new purpose.”
14. Maurizio Cattelan, America (2016)Following his immensely successful 2011-12 retrospective at the Guggenheim, last September Maurizio Cattelan returned to the New York museum with America, an 18-karat gold toilet installed in a fully-functioning restroom that spawned a social media frenzy.
Publicado por Blanca Oraa Moyua en 7:51 No hay comentarios: