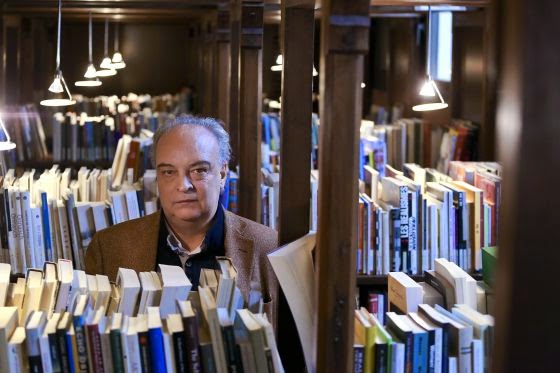 Julianne Swartz: How Deep Is Your 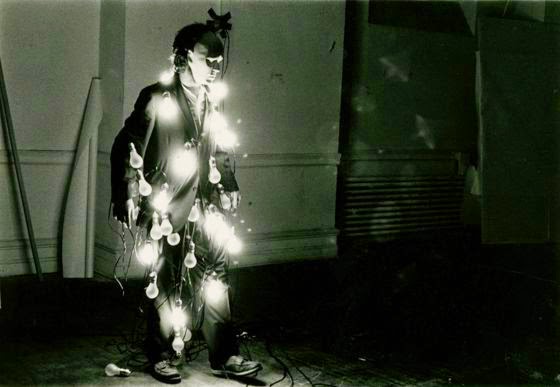 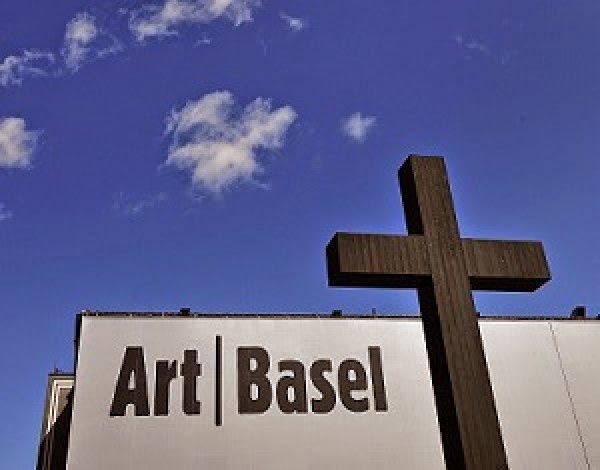 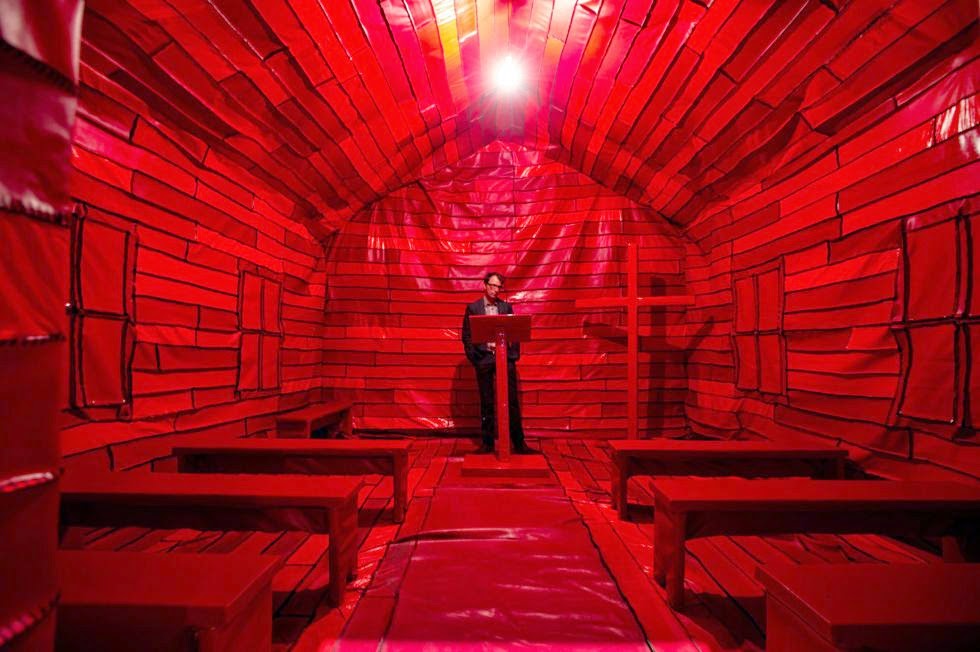 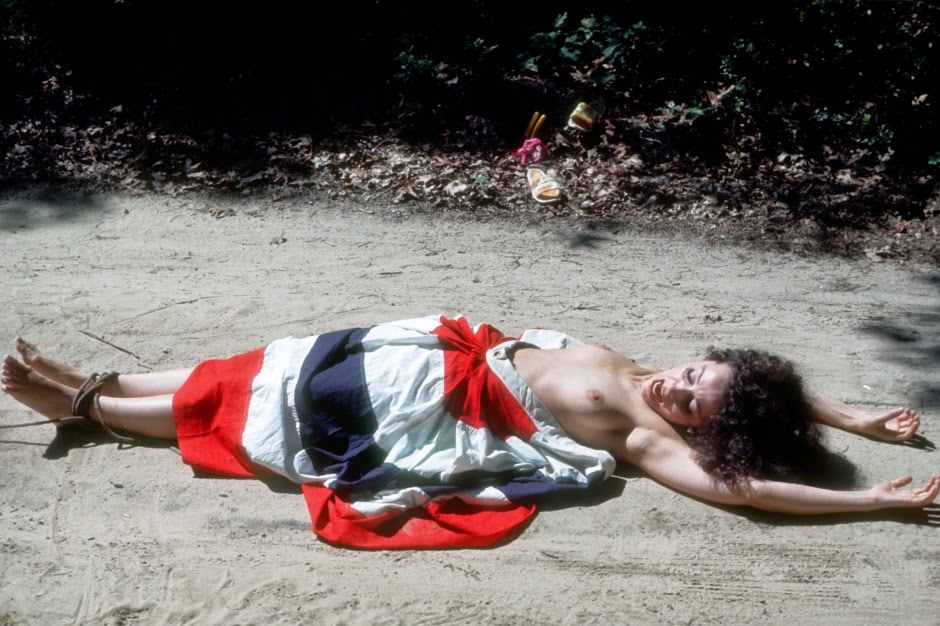 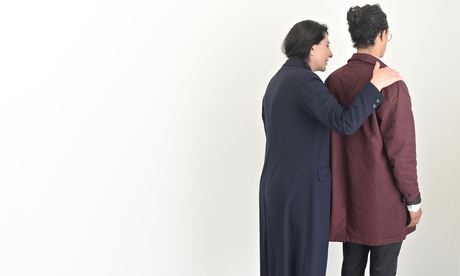 One woman had already fainted in the queue outside. The line stretched away across Kensington Gardens. Some people brought deckchairs for the wait, which might be several hours depending on the allotted group who have made it into the gallery and can now stay all day if they like. Still, there is plenty of time to tweet, text, snap and phone before surrendering one's technology at the door. This is nothing if not a social media event.

In the centre of the main room is a low platform upon which eight motionless visitors are sticking with the programme. Dozens more are facing the wall in all three galleries. Some are holding hands with a stranger, others are receiving what looks like very light back massage from a black-clad assistant. Most people have their eyes shut.Inside the Serpentine Gallery is a spectacle of mass obedience. The 160 visitors who have shed their loads and had their hands stamped by the guards are standing rooted to the spot in the kind of silence any performer would pray for. Some have been told what to do, others have been led by the hand (or the nose) and stationed at measured intervals around the gallery.
And through this assembly of living statues comes Marina Abramovicherself, with her long black coat and her long black plait and her eerily white complexion. She looks and sounds like Maria Callas. You may hear her beautiful whisper carrying seductively across the throng of fans (she is intensely adored) following in her wake.
Some have surely come to see the Serbian-born art star in the flesh, to stand in the force field of her personality, or take part in another of these historic episodes in performance art involving Abramovic, the public and nothing else for staggeringly long feats of endurance (she's performing eight hours a day, for 64 days, at the age of 67). Others have surely come to see what happens: and what happens is this. 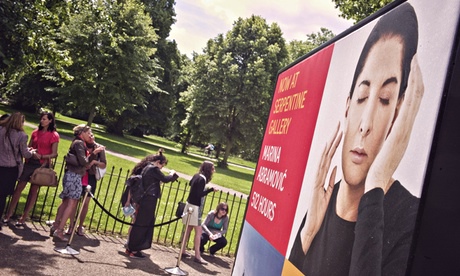 The queue outside the Serpentine Gallery. Photograph: Copyright Sarah Lee www.sarahmle
Abramovic, or one of the assistants, singles you out of the crowd and moves you around the gallery. She does this by taking your hand and drawing you slowly but firmly along like a naughty child until an appropriate spot is found.
There you are stationed – facing the wall, in my case, in punishment position – and left to remain. That this is meant to be Zen seemed implicit in the instructions Abramovic mouthed in my ear. "Relax," she says, taking my shoulders in her strenuous grip. I don't feel like relaxing. A minute passes. "Breathe!" she insists. Not on your orders, lady…
Marina Abramovic is arguably the most famous performance artist at work today. Her solo performances in the 70s were horrifyingly dangerous. She stabbed herself, took drugs to induce catatonia, hung from the gallery wall, literally played with fire. In one performance she presented objects on a table – scalpel, pins, roses, gun – and told visitors that they could do anything they wished with these items and her; one man held the gun to Abramovic's neck.
Over the years she has become synonymous with durational performances – a three-month walk across China to say farewell to her ex-lover, the Dutch artist Ulay; 12 days living in a gallery exposed to the public; and most recently, The Artist Is Present at Moma in 2010, where Abramovic sat for over 700 hours in a chair across a table from the many thousands of visitors who couldn't tear themselves away from her charisma, her endurance, her gaze, the tension between them, the historic episode in performance art and so forth. From James Franco to Lady Gaga, Abramovic was much attended by celebrity.
The rules of the game are similar in London. There is the fame that lights the fuse, the queue that generates the longer queue, the crowd control that allows only a certain number of people at a time to have this unique (because ever-changing) experience before exiting in full view of the waiting line, raising anticipation to fever pitch. There is the pent-up emotion, the physical endurance, the social anxiety about how to behave, how long to do what you're asked to do, whether to comply, laugh, pierce the silence or leave. 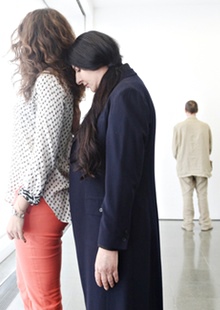 Splash News/Corbis
Having sat through her messianic press conference, in which Abramovic did not for a moment understate her contribution to world art, and having listened as she spoke of the haste of modern life, spiritual slowness and the need to take time out, the deplorable price of contemporary art, the regrettable use of phones and cameras in galleries, never once avoiding the unashamedly obvious in her hypnotically sonorous tones, I was about as resistant to the designs of this latter-day Madame Blavatsky as could be.
And since the whole event relies upon the opposite – if nobody did what they were told there would be no performance – I went back a couple of days later when the doors opened to the public, to see how others fared.
Respect to those who can stand still as bidden, looking into "the void" of the wall; there is some pretty impressive staying power at the gallery (not to speak of repeat hand-holders, who clearly want to do it again and again). Abramovic puts you on the spot, to be sure, and some people stayed long enough to be tearful or tired on exit, though I saw others slink away fast. There is, incidentally, the promise of furniture to come; one imagines, with horror, the artist putting people to bed.
The ultimate value of 512 Hours depends upon each visitor; that is both the challenge and the artist's get-out clause. Of course there are various experiences along the way – witnessing Abramovic's stupendous stamina up close; seeing your fellow beings turning inwards, or outwards, in unconscious response or its opposite, hot self-consciousness; doing it yourself in a pristine white gallery, participating in a cult event – but in essence, this is just an elaborate exercise in mindfulness.
It feels very close to the Abramovic method, practised at the Marina Abramovic Institute in upstate New York, which involves fasting, drinking water extremely slowly, counting rice grains for hours on end and staring into mirrors to heighten one's awareness of the living moment. The difference at the Serpentine Gallery, of course, is that each visitor who surrenders her camera and phone on entry, and her time and energy inside, becomes the raw material of one of Abramovic's (somewhat hypocritically filmed) performances. And each becomes part of a group.
The group dynamics are calculated to keep us from opting out of this fatuity. The show revolves quite literally around the diva, her promenade performance and our curiosity; and the operation is smartly disciplined, predicated on a steady flow of good behaviour ranging from gallery-going deference to willing submissiveness. It is all quietly coercive and may become more so if folks get rowdy. Stay as long as you can, urges the sign. But mutiny got to me before the guards and I was out of there.
Publicado por Blanca Oraa Moyua en 1:59 No hay comentarios: 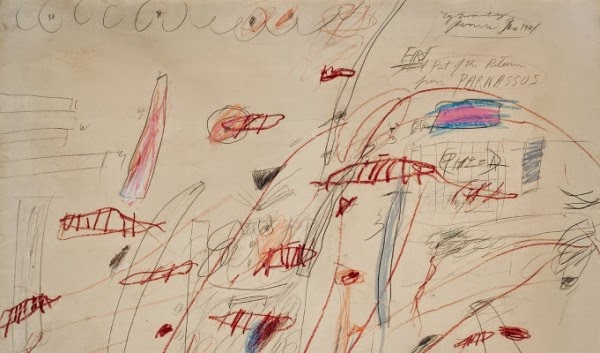 SHE LOST IT - An Installation by Louise Bourgeois 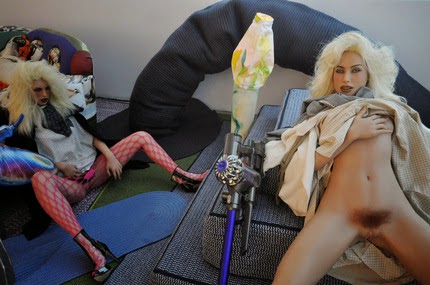