Tadashi Kawamata’s solo exhibition Over Flow at MAAT’s Oval Gallery is centered around questions of global ecology and tourism. The immersive installation invites the viewer to experience a seascape of remains which follows an ecological catastrophe, where debris transported by the world’s seas are imagined to engulf civilisation.
The Japanese artist, who is known worldwide for his large scale sustainable architectural environments, developed this project during one year of research and field work in Portugal, culminating in a workshop with artists and architects led by architectural collective Os Espacialistas. The large-scale commission at MAAT integrates both plastic residues and abandoned boats collected on Portugal’s shores during beach cleaning campaigns by volunteer organisation Brigada do Mar, Almada City Hall and the Fishing Port of Nazaré.These elements come together in a sculptural form that evokes the polluting elements aggregated by the perpetual movements of the ocean, as well as global tourism and its fatal consumption of natural resources.

Anarchy at the south pole: Santiago Sierra plants the black flag to destroy all borders


‘I travel a lot,” says Santiago Sierra. “But entering a country is like going to jail. Borders disgust me – as an idea and as a personal experience. This work denies all of that.”
It’s a typically forthright remark from the Spanish artist, who once caused uproar by pumping carbon monoxide into a former synagogue in Germany, then inviting visitors to don gas masks to enter this simulated death chamber.
Sierra is talking about his latest installation, which has just opened at Dundee Contemporary Arts. Called Black Flag, it documents his attempts to have the symbol of anarchism planted at the north and south poles. What was the reason for the project? “To occupy the world, I suppose. I’ve always loved Piero Manzoni’s The World Pedestal, in which the whole world was inside the work of art.” Manzoni created a pedestal on which the world purportedly rested, making the whole planet a work of art. He also once made tins of Merda d’Artista which, as the name suggests, purportedly contained the Italian’s excrement.
Sierra’s attempt at world occupation started three years ago when he sent an expedition to the remote Norwegian island of Svalbard. From there, his minions travelled to the Russian base of Barneo which, because it sits on a drifting ice floe, has to be rebuilt every year in order to serve incoming tourists. From there, Sierra’s team ventured to the nearby north pole and, on 14 April 2015, planted a black flag, as well as capturing the landscape in sound and video.
Eight months later on 14 December – precisely 104 years after Norwegian Roald Amundsen beat Britain’s Captain Robert Falcon Scott to become the first person to reach the south pole – Sierra’s minions planted another at the geographic south pole. The two black flags were both left in place, partly as a rebuke to, as Sierra sees it, nationalists who have befouled Earth’s otherwise pristine extremities with their misplaced national symbols.
The project sounds like a logistical nightmare, but Sierra demurs. “There were no setbacks of any kind ,” says Sierra, speaking by phone from Madrid, where he’s based. “It is relatively simple since there is a helicopter service for elite tourism. If you can pay your way, you can go to either pole.” Sierra didn’t take part, choosing to organise the project from his studio. “My presence could only cause problems and duplicate costs,” he says.
Warming to his theme, he adds: “Planting a national flag in a hitherto unvisited place has never been an innocent gesture. This is how colonial processes always begin.” Good point, particularly as President Trump is now seeking to dominate space by ordering the US military to establish a sixth branch – the so-called space force – tasked, you’d think, with putting stars and stripes flags over every bit of the solar system and beyond.
It’s no coincidence that the Tayside city is playing host to Sierra’s latest provocation. “Dundee is no stranger to the subject,” says Sierra, now 52. “Its geographical position and its shipyards have led it to form part of the conquest of both poles.”
Sierra played with similar nationalist themes when he was chosen to represent Spain at the Venice Biennale in 2003. Inside the Spanish pavilion, he created an installation. But only visitors holding Spanish identity cards were allowed in to see it. Given that the installation consisted of an elderly lady sitting silently on a chair for an hour, those art lovers without Spanish ID may have counted their blessings.
The point was to show how the leading art world shindig was premised on nationalist pride rather than aesthetic merit. “You can’t forget that the countries that participate in the biennale are the most powerful ones in the world,” he says. “I mean, there’s no pavilion for Ethiopia.”
Sierra declines to be drawn on what Scottish nationalists might think of his work, but he is used to controversy. His 2006 gas chamber work infuriated Jewish groups and at least one Holocaust survivor. Called 245 Cubic Metres, the installation in Pulheim near Cologne created lethal levels of carbon monoxide by attaching hoses to the exhausts of six cars. Visitors were admitted for five minutes, one at a time, wearing breathing apparatus and accompanied by a firefighter. It was intended as an attack on “the trivialisation of the Holocaust”.

Read more
While Pulheim officials defended Sierra’s right to make an artistic statement without censorship, Germany’s Central Council of Jews condemned his installation, arguing Sierra was hurting not just the dignity of the victims but also that of the Jewish community. “This,” they said, “has absolutely nothing to do with a culture of remembrance.”
As for Sierra, he said: “It is meant to be a work about the industrialised and institutionalised death from which the European peoples of the world have lived and continue to live.”
Sierra’s most successful art has focused on political questions that humans in general and the art world in particular prefer not to acknowledge. He started off making sculpture and installations, later introducing live human beings into his work. In a piece called P.S.1, he put a brick wall diagonally across a gallery floor. Behind the wall was a person who had been hired to live there for 15 days. Food was slid under a narrow opening.
Sierra is drawn to those who are most exploited and yet who remain least “visible” in official terms: illegal immigrants, asylum seekers, prostitutes, drug addicts and the urban poor, unemployed and homeless. In 2004, he did a piece for the Lisson Gallery in London called Polyurethane Sprayed on the Backs of Ten Workers. He paid 10 Iraqis to take part. “They were provided with protective chemical clothing,” a statement explained, “and with thick industrial plastic sheeting. Afterwards they were placed in order in different positions and sprayed on their backs with polyurethane until the material accumulated into large free-standing forms. All the elements used in this action have been left abandoned in the space.” The polyurethane casts remained, but the Iraqis disappeared.
Sometimes, this theme of exploitation has chimed with his other abiding concern: the exclusivity of the art industry. In South Korea, he paid 68 people to block the main entrance to the inauguration of Pusan’s international contemporary art festival. Each wore a sign saying: “I am being paid 3,000 wons per hour to undertake this job.” That’s the equivalent of £1.90, twice the country’s minimum wage.
“What I do,” he told one interviewer, “is refuse to deny the principles that underlie the creation of an object of luxury: from the watchman who sits next to a Monet for eight hours a day, to the doorman who controls who comes in, to the source of the funds used to buy the collection. I try to include all this, and therein lies the little commotion about remuneration that my pieces have caused.”
He does not consider himself immune: rather, his sense is that we all get corrupted. As he put it when I first interviewed him 16 years ago: “Joseph Beuys once claimed that there was clean money and dirty money. We should only take the former. I don’t believe that: there’s only dirty money. And as an artist, I take dirty money. I’m paid to create luxury goods for art collectors.”
Fair point. Even the conceptual artists who so inspired him couldn’t escape such a degrading system. For instance, one of Piero Manzoni’s cans of excrement was bought by the Tate for £22,350 a decade ago (even though concerns were expressed at the time about the work’s, as it were, authenticity – some thought the tin didn’t contain the artist’s shit at all). That sense of being corrupted by the very system he indicts is, I suspect, what lies behind Sierra’s answer to my question: “Are you, or have you ever been, an anarchist?”
“I regard anarchism as a political and behavioural philosophy with which I identify fully,” he replies. “However, anarchism is, above all, morality and implies a way of life without concessions. In this sense, I would not be so much because my life is far from that of any anarchist militant.”
His work is militant, though, and shows no signs of mellowing. His next project, he tells me cryptically, will involve “a reading in Tel Aviv about those killed by violence since 2014”. Which doesn’t sound at all controversial.
• Black Flag is at Dundee Contemporary Arts until 25 November.

… we have a small favour to ask. At a time when factual, honest reporting is critical, The Guardian helps to provide accurate, timely reporting on our world. We are editorially independent, meaning we set our own agenda. Our journalism is free from commercial bias and not influenced by billionaire owners, politicians or shareholders. No one edits our Editor. No one steers our opinion. This is important because it enables us to give a voice to the voiceless, challenge the powerful and hold them to account.
More people are reading The Guardian’s independent, investigative journalism than ever but advertising revenues across the media are falling fast. And unlike many news organisations, we haven’t put up a paywall – we want to keep our journalism as open as we can. So you can see why we need to ask for your help. We do it because we believe our perspective matters – because it might well be your perspective, too.
Publicado por Blanca Oraa Moyua en 8:36 No hay comentarios: 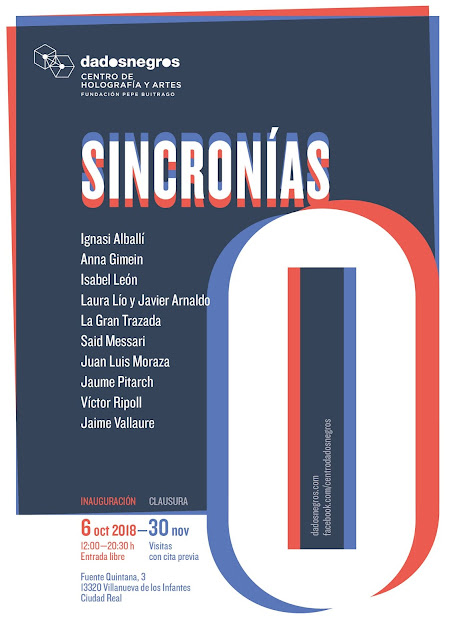 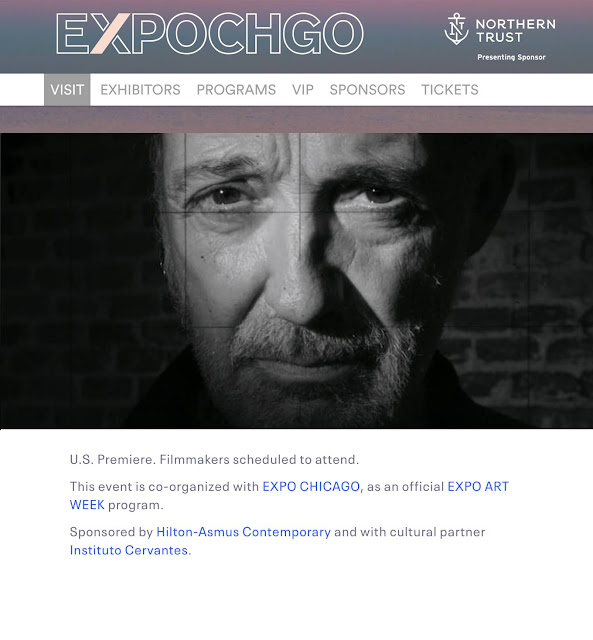 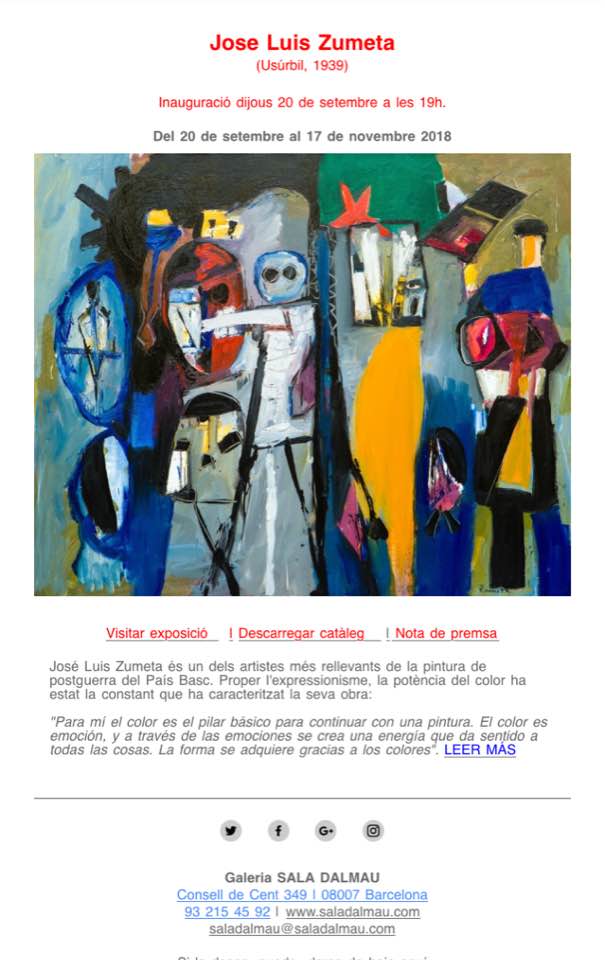 2018 Back to Nature / Life on the Line / Paradiso from Claude Lévêque on Vimeo. 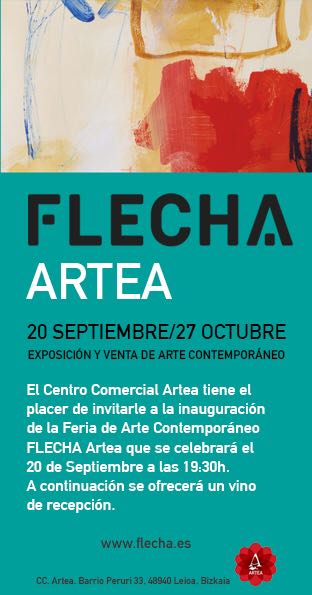 AMOR from Juan Zamora on Vimeo.

Billy Bao, or an Open Form Concert from Museum of Modern Art in Warsaw on Vimeo.