What is to be Done under Real Subsumption? Workshop, Event Series and Collective Performance/Concert 15-20 October 2018, Museum of Modern Art in Warsaw 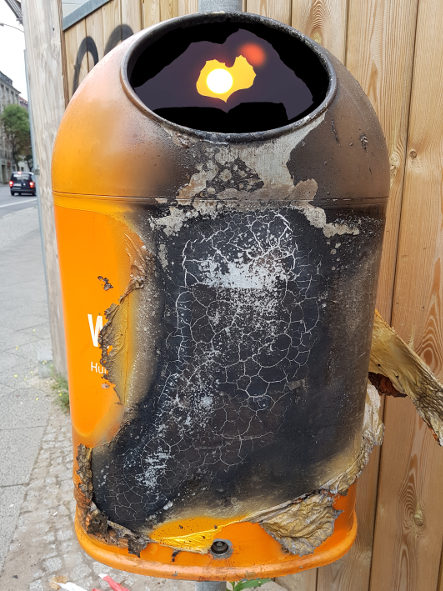 Following the financial crisis and ongoing social struggles all over the world, we witness the rich getting richer and the poor getting poorer, but don’t seem to have a credible political horizon able to prevent this from continuing. We’re aware that we urgently need to intervene in social reality, and that in order to do so we first have to understand it; but social reality is becoming increasingly sophisticated, accelerated and changeable. What theoretical tools would allow us to think adequately about this particular time in history? Where could we find such tools in this cultural landscape of ruins? Once again, we come to the same question: what is to be done? Or, to put Lenin’s famous question and Marx’s concept together, what is to be done under real subsumption?
Since the last 4 years we have been editing a book trying to answer this question by looking back
at the concept of subsumption and the discussions around it. We would like to share our findings with you in a performative way.

Subsumption, following Marx’s description (in Capital Vol.1 and in The Results (the unfinished Volume 4 of Capital)), pertains strictly to the description of the production process. Attempts to use the term to describe the rationalisation of aspects of social life falter because the category ceases to critically describe a dynamic relation between formal subsumption – the employment of relations of production as capital finds them – and real subsumption – the seizure and development of social production in its own image, as it suits capital’s ends. Since the rediscovery of Volume 4 of Capital in the mid-1970s subsumption began a rich afterlife with intense debates ensuing over whether it should be understood as an historical or logical category. Attempts to use subsumption as a category of periodisation are arguably problematic because what are proposed as distinct ‘phases’ of capital’s development in fact reappear and continue to co-exist historically. Not only do forms of real and formal subsumption coexist, they are distributed unequally geographically. These ‘phases’ do appear to take place sequentially in certain branches of industry and one can outline the shift from one ‘stage’ to another, but equally those industries move geographically, resettle and reincorporate the ‘earlier stage’ in a new setting and integrate it vertically into a global system of production which includes highly developed technological production and apparently ‘artisanal’ or ‘primitive’ forms.

Scoring Subsumption: Workshop
During this workshop we will work through short excerpts from the book we are working on which represents a first critical Marxist anthology on the concept of subsumption. We will not shy from the philosophical origins of the concept, nor its wilder post-Marxist theorisations. We will use all the tools at our disposal, theoretical, philological, pedagogical and performative to work together to understand subsumption both historically and in our present moment through the surreal conditions and fears it continues to accurately or innaccurately name.  Each day we will gather notes and materials in order to make together a score. We will collectively performed this score on Saturday, trying to answer in practice to the question ¨What is to be done under real subsumption?¨  (even if it might be in the most minimal or humble way). A reader with some of the texts will be given to each participant in order to prepare beforehand.

Subsumption and Society
Real subsumption is a crucial concept in that it acknowledges one of the fundamental conditions of advanced capitalism. Under real subsumption, in its relation to real abstraction, capital develops an  apparently absolute hold on society; and as Jacques Camatte has asserted, capital tends through this process to become constitutive of society itself. This means that the famous question is harder than ever to answer today, what is capitalism and what is the world? What is capitalism and what is the human, when even thought itself is potentially undergoing a process of subsumption and becoming completely conditioned by the arrangement of the world on capital’s terms? Yet, wild totalisations also tyrranise and can fall into the trap of only presenting the agonistic prospect of false exits, fool’s utopias. How we understand capitalism determines how we end capitalism. We obviously have no coherent narrative for the present crisis, but we still have a need for theory as a foundationg for common action. The Internet has given us increased connectivity, but is also generating more and more individual forms of subjectivation. On one hand, social action is more urgent than ever, but on the other, dominant ideology is tending to atomise and fragment us collectively. Working collectively appears to be difficult, but it must be experimented with and developed at each step resistantly. If capital fails us now, as always, can we live up to the demands not only of survival, but of our own potential as a species for self-directed and collective emancipatory development?

Program:
Monday 15 October
3-6 pm:Workshop
8 pm: Anthony Iles & Mattin presentation on “What is to be Done under Real Subsumption” book and project

Thursday 18 October
3-6 pm: Workshop
8 pm: talk by Marina Vishmidt, „Subsumption, Exception, and the Search for Other Pathologies”
9 pm: Talk / Performance using a blend of theory, poetry, and visuals including video and stills by Sean Bonney and Sacha Kahir, „The World as Learned Terror and (Un)Knowing Eyes”