All about my mother: the demons of Paula Rego – by her son 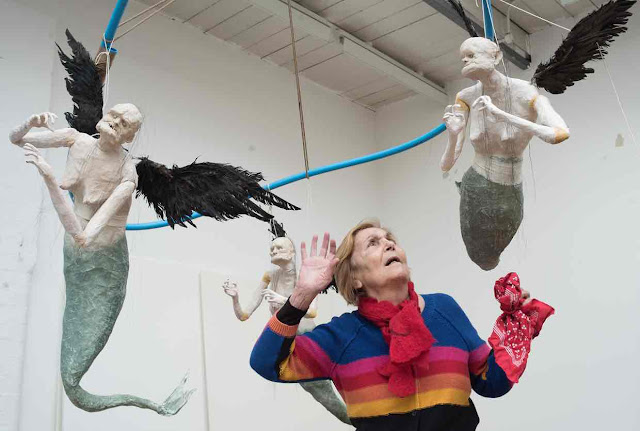 Dame Paula Rego is wearing a red cardigan and a necklace of brightly coloured mice. Sitting in her studio surrounded by a strange population of life-size “dollies”, discombobulated animals, disembodied faces and racks of costumes, she greets her son, film-maker Nick Willing. He has just completed a documentary about her, which will be aired on the BBC next week. 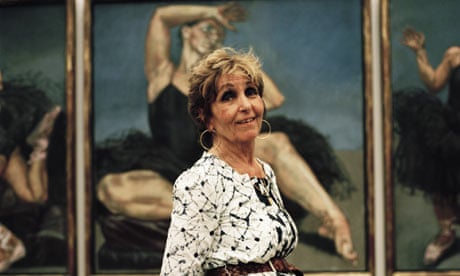 'You punish people with drawings'

Read more
The film Willing has made is perhaps his adult version of the drawing under the studio door. Certainly, it has connected him with his mother and Rego is delighted with it. Willing, however, is a little afraid. “I made the film to try to understand and get close to my mum, but I’ve trespassed into her world, her work. I am not afraid of damaging her, but I am terrified of having a detrimental effect on the thing that matters most to her in the world: her art.”
Rego is unconcerned. She lets life happen to her, then deals with the consequences in art. She rarely takes control, Willing agrees, “except in secret, like her affairs – and of course in her work”. I look again at Rego’s necklace. She’s a bit like one of those brightly coloured mice. “My grand-daughter made this for me,” she says, and squeezes one of the mice. It lets out a loud squeak and she giggles like a child.
Publicado por Blanca Oraa Moyua en 5:25